Even when a new game is released, the work at EA Sports headquarters is never quite done.

FIFA 18 has not yet been on the shelves for a fortnight and and already its creators are striving to iron out any lingering faults and bugs.

But while many of the updates in the game’s first patch – rolled out this week on PC and then consoles – have been welcomed, some of the more hardcore players have been less than happy with a few specific changes.

The first update has solved some obvious issues such as the underwhelming goal-net animations and minor bugs and crashes across the game’s various different modes.

But it also made fundamental changes to the gameplay – namely making goalkeepers more difficult to beat.

Here’s the key section from EA’s list of changes implemented through the patch:

Addressed the following in Gameplay: 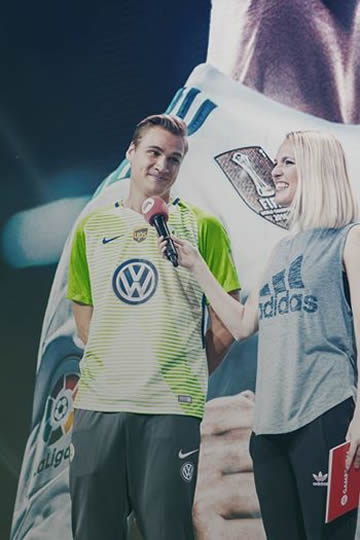 Some players have claimed that EA has quietly tweaked AI defending as well, though, and that by making defending easier, differences in skill level between individual players are now less obvious and results more random as a result.

In a lengthy post published on Facebook, pro player Benedikt ‘SaLz0r’ Saltzer – who represents Wolfsburg at FIFA championships – articulated these complaints, describing himself as “thrilled” with the new game before the patch was released.

“The goalkeeper has been massively improved,” Saltzer wrote. “Suddenly, there are significantly fewer goals from positions where you have scored a goal before.

“Sure, it is definitely still possible to score some goals. However, in my opinion, far too many one-on-one situations are [now] negative for the attacker.”

The reduction in shot accuracy, he added, had manifested itself in more blocked shots – making defending less challenging.

“Together, all of this means that the AI ​​defends very much by itself, which greatly weakened the very challenging defensive behaviour that we had at the beginning of FIFA 18 and had to learn first,” Saltzer explained.

He concluded: “If EA announces year by year that they want to promote eSports and be a main title then I do not really understand this patch at all, because it is by no means progress but, in my opinion, a clear step back.”

His unhappiness has been echoed across social media.