On Tuesday Oct. 10 SAIT recreation paired up with Microsoft to put on the first electronic-gaming tournament of the 2017-2018 school year.

“We are very fortunate to have had Microsoft,” said Jared Hidber recreation programmer.

Microsoft will be sponsoring all of SAIT’s E-gaming tournaments during the school year.

The event consisted of two tournaments played at the same time. One tournament was centred around NHL 18 the other was FIFA 18 both of which were new game releases.

The FIFA 18 tournament was single game elimination and the winner received a $20 giftcard courtesy of Microsoft.

The tournament started with five teams. The final match up was SAIT petroleum engineering student Txabi Sumastre versus Jeremiah Lajide with Sumastre coming out on top winning the match 3–1.

Sumastre who owns FIFA 18 said he enjoys gaming on the weekends with his friends often playing as Manchester United Football Club.

“I usually play as United because they are the team I support,” said Sumastre.

The NHL 18 tournament was larger as they had six teams participating. The format for the tournament was double-elimination with a winners and a losers bracket. 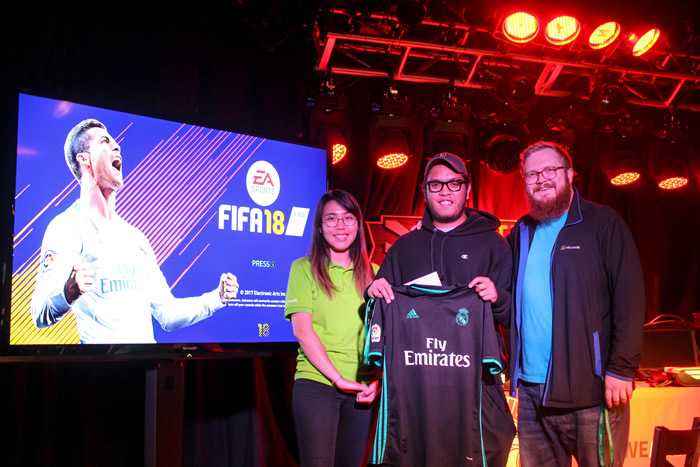 If a player was to lose at any point in the tournament they would move down to the losers bracket and would still be able to earn a chance to play in the final.

The winner of the losers bracket was Matt Brind’Amour who moved on to the finals and played against Geoff Crisfield a business administration student and forward on the Trojan’s men’s hockey team in the championship.

Crisfield went on to win the NHL 18 tournament with a final score of 2 – 1. Brind’Amour gave a third period push to tie the game but ultimately came up short.

Christina Kang who is the community development specialist at Microsoft in Chinook Mall said they do many E-gaming tournaments in Chinook mall.

For SAIT students who are into gaming and missed out on this tournament there will be more opportunities.

NHL 18 is a hockey simulation game developed by EA Sports based on the National Hockey League published for PS4 and XboxOne. The game also features several game modes such as: Hockey Ultimate Team Online Mode revamped version of “be a GM” Manager Mode Franchise Mode etc. NHL 18 Coins is the in-game currency to buy players and player packs.

We are one of the most professional NHL 18 Coins online. We www.mmocs.com provide the cheapest NHL 18 Coins with cheap price and fast delivery. Our professional customer service will solve your problem during the purchase process. Now the game currency is on sale don’t miss it! We guarantee 100% refund for all invalid orders and 100% safe payment system. We wish you a happy game!