The Panthers dominated the Bears in all but two statistical categories. Unfortunately for Carolina those just happened to be the two most important stats: Turnovers and points scored.

Chicago won 17-3 despite completing only four passes and picking up only five first downs the entire game. It was only the sixth time in NFL history and third time since 2000 that a team won by at least 14 points with five or fewer first downs.

The Bears offense was on the field for 21:25. But the defense did force three turnovers and took back two of them for scores. Eddie Jackson scored both of them. He returned a fumble 75 yards for a TD. 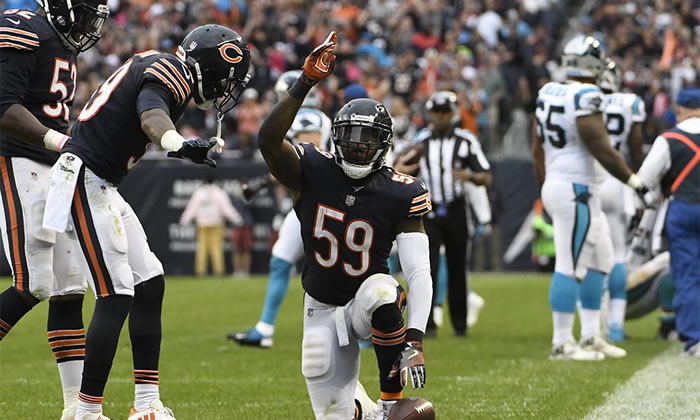 Then he one-upped himself with a 76-yard interception return.

Mitchell Trubisky attempted only seven passes. It’s the first time a team has attempted eight passes or fewer since the Broncos led by some guy named Tim Tebow did so in 2011. The coach of that Broncos team? Current Bears coach John Fox who has always loved an ugly game.

Fox might be onto something with his ultra conservative strategy. Check out the numbers…