After eight years of the “NBA 2K” franchise building up its pool of historic players for its classic teams, the latest release of “NBA 2K18” is able to offer the best of every current franchise with the introduction of 30 all-time teams.

We’ve previously been able to confirm the best team in league history, the 1995-96 Bulls, who prevailed over both the 1985-86 Celtics and the 2016-17 Warriors. Now, it’s time to examine which current NBA franchise reigns supreme when represented by the best players from their respective pasts.

The Bulls are not the favorites in this tournament. Rather, it’s the Lakers and Celtics who have received a bye in the first round. It should be no surprise given the number of championships each franchise has won. LA’s roster goes 11 players deep rated 90 or higher, and Boston nearly matches the Lakers with 10.

The vast majority of past and current stars are included on the rosters. Among the rare exceptions are Charles Barkley, Reggie Miller, Rasheed Wallace, Gilbert Arenas, Brandon Roy and Moses Malone. The teams they would have been on will certainly be hurt by their absences.

Follow along in the coming weeks as we simulate each seven-game series for the tournament, analyze the results by round and preview the most intriguing matchups as they arise.
Lakers Region 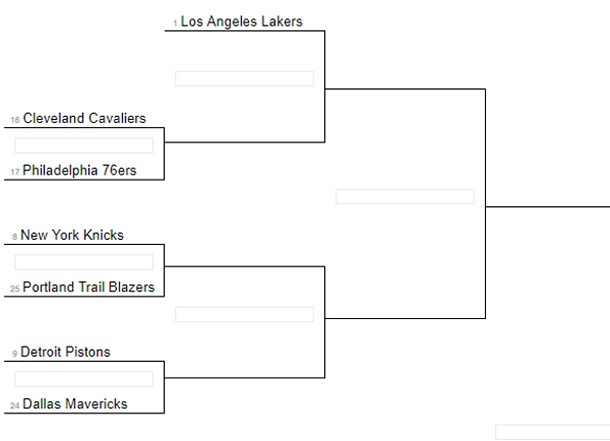 The winner of the likely Knicks-Pistons second-round matchup will provide the first challenge for the Lakers, but it’s difficult to imagine either team taking more than one game off them. This should be easy sailing to the Final Four for LA.
Bulls Region 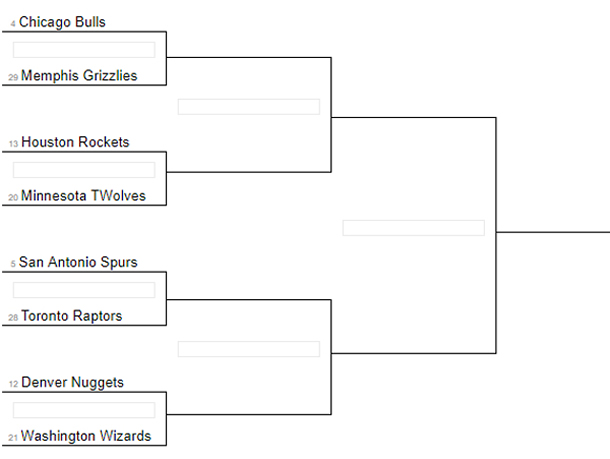 By the slightest of margins, the Bulls were able to secure the four seed, but the Spurs loom ominously for a potentially epic series between the two. The Spurs feature four frontcourt players rated 94 or higher, while the Bulls would rely more on the athleticism and versatility of their roster — and of course the clutch play of Michael Jordan.
Celtics Region 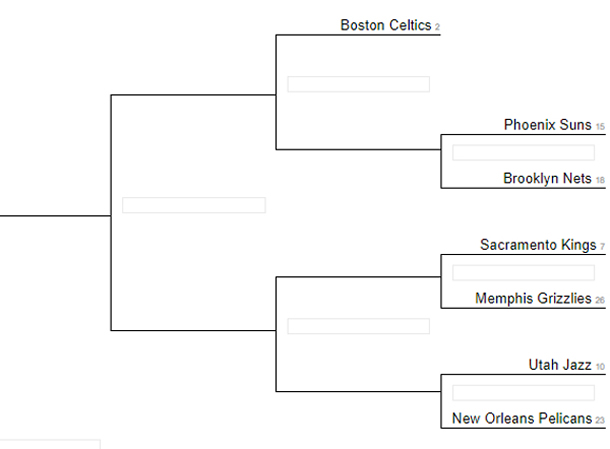 Like the Lakers, the Celtics can probably be penciled into the Final Four without much concern. The Kings do have an intriguing roster, however, that could make things at least a little interesting. The entire starting five is rated 93 or higher and led by Oscar Robertson at 97.
Warriors Region 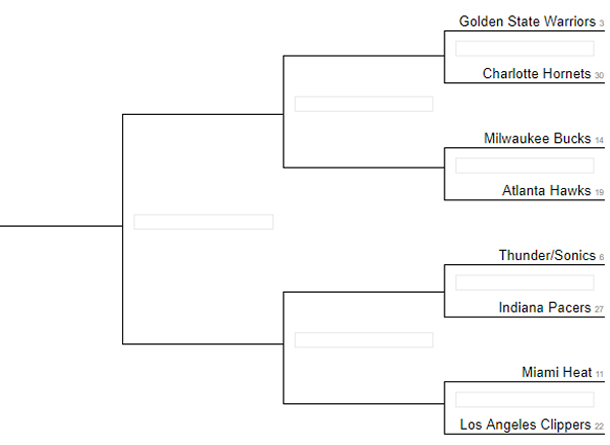 Golden State has a roster of eight players rated 90 or higher with a mix of current stars and past greats that give them almost everything a team could want — great size, phenomenal shooting and terrific passing skills. A late matchup against the Thunder-Sonics squad or a LeBron James-led Heat team would likely be an incredibly entertaining series.