EA Sports delivered another solid entry with NHL 18 earlier this month, but the development team has already released its first content update and it will enhance almost every aspect of the game. 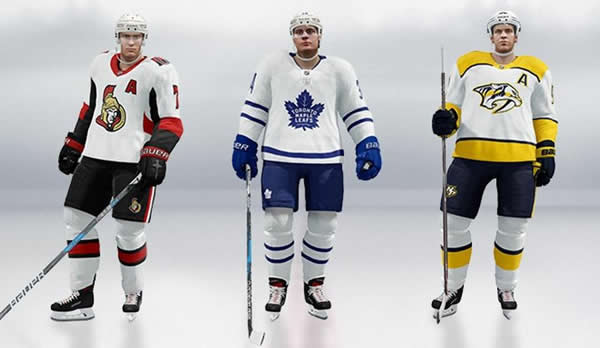 There are a ton of gameplay improvements to traditional play and NHL Threes. There’s also improved levels of customization for franchise mode and deeper presentation concepts. Take a look at this gigantic list of changes in NHL 18, per the game’s official site.

Improved AI puck carriers in 1-on-0 situations during play and in shootouts
Updates to Defensive AI decision making so that they stay with their check more consistently
Updates for AI teammates that would skate into shooting lanes instead of standing in better positions to deflect the shot or get the rebound instead.
Updates to AI shooting logic during penalty shots.
Logic updates for AI goalie pull situations.
Improved shot logic for the AI
Improved positioning for offensive AI players away from the puck so that they take their stick position/handedness into account more and position themselves and adjust their facing better based on their intention.
Added improvements for AI skaters that would switch to skating backwards during breakouts.

Added the ability to blend back into skating faster out of deking
Various shot animation improvements
Added improvements to skaters that were missing the puck too often if they were directed to perform a shot without picking up the puck first (one timers and shots from loose pucks).

Updates to improve animation blend issues out of shot blocks.
Improvements added for players doing a board pinch when the puck position didn’t make sense for it.
Blending improvements when transitioning into defensive skill stick.
Updates to allow the Defensive Skill Stick state to override hit intent if the hit hasn’t started to be thrown yet. This allows players to be on and off RB/R1 without letting go of the right stick.
Updates to improve an issue where the Defensive Skill Stick state caused user skaters to lose pickup functionality
Added in variance of error to the new poke check system based on player control, direction from the players facing and relative speed of the puck. This means that a player is most accurate when skating in a controlled manner and poking a still puck in front of themselves and least accurate when poking against their momentum behind themselves at a fast-moving puck. Each of these factors are also tied to the player’s attribute ratings.
Improved hip check controls to prevent clashes
Poke check animation assets improved for increased poke checking accuracy before any error is added.
Added reaction delay based on a player’s awareness after a puck is deflected off a stick/body as players were reacting too quickly to defensive deflections.

Added an auto-fill option in Edit Lines. This option will allow a user to automatically replace all the players in their lineup based on player overall and position.
The end of round Competitive Seasons reward screen will now show in the HUT HUB rather than the user needing to enter the season to claim their rewards.
Removed the 1-minute grace period for offline and online games. Game will now count right at puck drop.

You’ll be hard-pressed to find a larger update in any sports video game. This goes beyond the normal tweaks and gameplay stabilization that we usually see in patches and updates. It’s refreshing to see such a widespread update designed to make an already solid game even better.